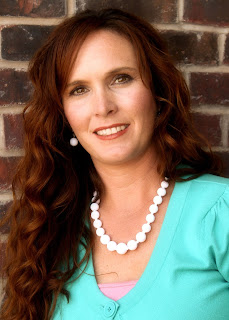 Stephanie Worlton is an author, designer, gabber, and sugar addict! She was raised in the suburbs of Salt Lake City where she developed a passion for the creation of space, color, and design. Her love of design drove her to pursue a degree in architecture. Her love of family pulled her home to be a mom.  She enjoys hanging out with her family, reading, writing, making massive project lists, doing remodeling and building projects, playing in the dirt, and snuggling with her dogs. She collects power tools, camera equipment, shoes (though barefoot is always best!), and books. 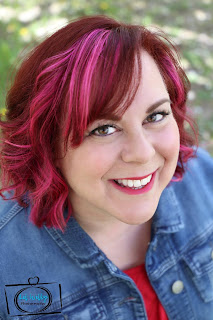 Ali Cross, the award-winning author of the Desolation Series, has always had a flare for the dramatic. As a child she organized backyard performances of classic plays and musicals and hosted tea parties for invisible friends and pets dressed in doll clothes. Her teens were a haze of boys, drama (of the real life variety), and music. So it really didn’t come as a surprise to anyone that the girl her family called a dreamer, ended up writing drama—with angels, demons, and other supernatural creatures thrown in for fun.
After university, Ali traveled from the Great White North to the Utah desert for love and now entertains her devoted husband, almost-grown twin sons and adorable yorkies with her wacky song renditions and random movie lines. As the only female in the house she considers this her right and her duty.
Never one to conform to expectations, Ali enjoys writing in multiple genres:
Ali Cross books for young adult paranormal romance; Ali Banks Cross books for middle grade adventures; and Ali M. Cross for inspirational romance. She promises to entertain you no matter which of her books you pick up. 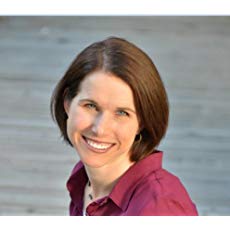 I had lots of imaginary friends when I was five years old, and I guess you could say some of those friends never left me. In fact along the way, I picked up some more imaginary friends who have had lots to say.
I love watching stories unfold. And some of those stories seem worth sharing with you.
So, I have written a few books. And have several more in the works.
Meanwhile, some of my books have won some awards. And even more importantly, my books have made friends with some wonderful and supportive readers. I absolutely love it when a reader connects with one of my stories. 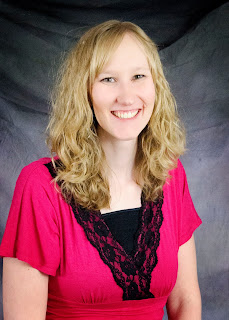 Stacy Lynn Carroll has always loved telling stories. She started out at Utah State University where she pursued a degree in English, learned how to western swing, and watched as many of her fellow students became ‘True Aggies’.  She then finished her BA at the University of Utah where she got an emphasis in creative writing.

After college she worked as an administrative assistant, where she continued to write stories for the amusement of her co-workers. When her first daughter was born, and with the encouragement of a fortune cookie, she quit her job and became a full-time mommy and writer.

Eight books and four small kids later, Stacy has truly learned the necessary skills of balance and time management. Dr. Pepper and chocolate also help. She and her husband live in Utah with their four children and three dogs. Bear Lake is her favorite place to write. 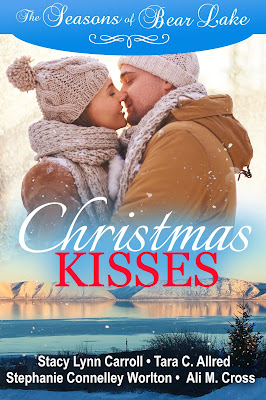 Are you ready to fall in love?

From heart-warming traditions to heart-pounding suspense, this cozy collection of toe-tingling first kisses set in Utah’s North Pole (aka Bear Lake) will leave you feeling cheerful and bright.

Snippet from
Christmas Kisses, Change of Heart
by Stephanie Connelley Worlton:
Bailey parked the snowmobile in its spot in the garage then pulled her helmet and gloves off with unhurried precision. Laki relaxed his hold around her, allowing his hands to dust over the tops of her thighs before settling them on top of his own. He felt Bailey’s body stiffen against his chest. Then, as if she were suddenly on fire, she bounced off the seat.
A cold wind rushed through the garage, quickly pushing away the lingering heat left from being near her body.
Her hands firmly planted on her hips as she whipped around to face him. Words started to form on her lips but before she got the chance to release them, her eyes locked on his. Her scowl, adorable as it was, softened then intensified again. A flush touched her cheeks, much deeper than anything caused by the chill outside.
Just let it happen! Laki screamed the words inside his head as he drank in the subtle longing in her eyes. Her lower lip trembled, almost inviting him to kiss it, then, as if reading his mind, she retreated into the cabin.
Q&A With Stephanie Connelley Worlton:
1.  Describe yourself in 50 words or less.
I love meeting new people but am most comfortable in the company of teenagers and young adults. I like to laugh. A lot. And in my adult-moments, I love to build stuff. Big stuff. My motto is: Dream, believe, work, achieve.
2. What do you love most in the world?
My first and greatest love is my family. I know that sounds cliché, but it is true. Next in line are my loves for designing, building, reading, writing, and sugar.
3. What inspired you to become an Author?
I actually never wanted to be an author. I’m a girl who can’t sit still, so the first time I considered writing a story, I about laughed myself out of my chair. But, when I decide to do something, I do it. I knew my story was one that was meant to be shared and I so I plugged along… and, at the end of the umpteenth draft, I’d discovered a passion for writing that I never knew existed. The actual events behind that initial inspiration are long, and I share them in depth on my website, but the short version is that I had a story that would help people and I needed to share it.
4. What is your favorite Winter / Holiday tradition?
New Years stockings – On New Year’s Eve, after the celebrating has commenced, we empty any remaining Christmas candy from our stockings and re-hang them on the mantel so Santa’s wife, known as Mrs. Claus or Dina, can come refill them with more “sensible” treats like fruit and nuts. She also leaves some of the more “needed” items that Santa tends to look over in favor of toys and fun stuff. For example, she might leave socks, or books, or, umm… headphones that Santa forgot to leave with the iPods. 😉

I’ve been told this is a tradition brought by my ancestors from Germany. I can’t really verify its origin however (at least through a quick google search). I have found variations of it throughout the world (ie: Lady Long Fingers, Santa Croupee, and Le Petit Bonhomme Javier), but none exactly the same as ours.

5. What is your trick for getting past writer’s block? And what advice do you have for other authors who are struggling to tell their story?
I work my way through writer’s block… and by work, I mean, I build something or go dirty my hands in the garden. Sometimes when I sit down to write, there is so much chaos in my head that I can’t concentrate. This is when I jot down a few ideas and close my laptop. I know that’s counter to everything “pro” writing coaches tell you to do, but I’ve always danced to the beat of my own drum. When my hands are busy with projects, my mind focusses better and the stories come. And then the key is to schedule time to put those clear thoughts down before I forget them.
6. Now that we’ve gotten to know each other, tell me a story. It can be long or short. From your childhood or last week. Funny, sad, or somewhere in between. Just make sure it’s yours. What’s your story?
I’ve been working on a book about motherhood, so stories about my children have been heavy on my mind. Here’s a little snippet from my early years as a mom:
It was one of those mornings that seem to come with more frequency once you become a mother. I had a class to be to and nothing had gone right from the time my alarm had gone off.
Short on time, I stripped my 10-month-old down to his nothings and jumped in the shower with him on my hip. I gave him a speed-wash, carefully lifting each of his fat folds to clean under them. A two-second rub down of his thin hair and he was done. I wrapped him in a towel and set him on the carpeted floor just outside of the shower, then pulled the shower curtain closed and lathered shampoo through my own hair.
Two minutes, that’s how much time past before I turned off the water and drew the shower curtain open.
Holy $#*z!
Except, there was nothing holy about it!
It was a sacrilege to the nine-hundredth degree.
Wingnut had pooped in his towel, which in and of itself might have been manageable, if he’d left it alone. But no. Not my kid. My artistic genes clearly got passed on to him. Poop was smeared all over his body.
Six pearly whites smiled up at me with pride. He’d painted himself, head-to-toe. And then, he’d painted the carpeted floor, up the side of the bathtub, and even added his own accents to the floral wall-paper.
I didn’t know whether to laugh or cry… or barf.
I cleaned up Wingnut’s mess, not fully realizing that it would represent the first of many “creative” messes my children would make.