My name is Robyn Echols. Zina Abbott is the pen name I use for my American historical romance novels. I’m a member of Women Writing the West and Western Writers of America, and American Night Writers Association. I currently live with my husband in California’s central valley near the “Gateway to Yosemite.”
I love to read, quilt, work with digital images on my photo editing program, and work on my own family history.
I am a blogger. In addition to my own blog, I blog for several group blogs including the Sweet Americana Sweethearts blog, which I started and administer. 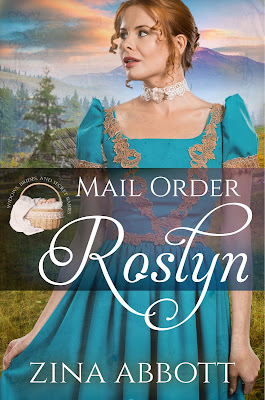 Roslyn Welsh is sent by stagecoach to Junction City to marry a man with whom her aunt and guardian, without Roslyn’s knowledge, had been corresponding. His requirements for a wife were that she must be at least twenty-one years of age with a family Bible for proof, and she must have no children. Only, Roslyn is not quite twenty-one, she has a baby, and her aunt has no intention of sending the family Bible with her. The marriage prospect turns into a disaster. Stuck in a strange town with no money, she is told there is no work for a decent woman with a baby. To allow herself time to figure what to do with her future, Roslyn accepts an offer to ride the stagecoach to the Ellsworth B.O.D. Stagecoach station to help the stationmaster’s wife.
Elam Stewart survived the American Civil War, but his left leg from above the knee down did not. With no home to return to and realizing there are very few people willing to hire a man with only one good leg, he’s convinced he has no future. While working as a day laborer in the local Junction City livery, he becomes intrigued by a visitor named Ross who is anxious to spend time with the horses. Elam discovers Ross’s secret. Then he learns where Ross intends to seek work. Even though he does not have a future, he does have a Spencer repeating rifle. He can have a purpose.
Roslyn and Elam ride the same stagecoach to the Ellsworth Station on the Kansas frontier. Between resentments among the stock tenders, difficulties with animals that pass through the station, and the threat of attacks by the Cheyenne Native Americans, is there a future for Roslyn and Elam at the station? Or will their future take them on another stagecoach ride away from Ellsworth?
Please look for my other two books in the Widows, Brides & Secret Babies series, Mail Order Lorena and Mail Order Penelope, that will be published this summer. The three stories are related and part or all of them involve  the stagecoaches and stations on the Kansas frontier in the late 1860s.

“Reckon I’m steady.” Still staring forward, a slight flush colored Elam’s face. He slowly shook his head. “Figure it’s a sorry day when a man needs a woman to help him stand on his feet.”
In addition to his declaration he had regained his balance and could stay upright, Roslyn, sensing his feelings of embarrassment, stayed quiet. She also noticed that Elam did not step away from her. His arm still held her next to his side. “Elam, don’t feel that way. You have helped me so many times. Why do you feel uncomfortable that this one time I was able to help you?”
He shook his head. “Not how it’s supposed to be. I know, losing this leg and all, things done changed for me. I ain’t going to have the life a whole man can expect.”
“You are a whole man, Elam. You lost your leg in the war, but you’re still alive. Yes, getting around is more difficult for you now, but everything that makes you a whole person is still there.”

Multi-award-winning author of 25 best-selling Regency Historical Romances, Donna Hatch is a hopeful romantic and an adventurer at heart. Each book she writes is filled with wit and heart and plenty of swoon-worthy romance. Donna sings, plays the harp, and loves to ballroom dance. Her family, including six children and two cats, recently left their native Arizona for the Pacific coast of the US. No matter where they live, she and her husband of over twenty years are proof that there truly is a happily ever after. 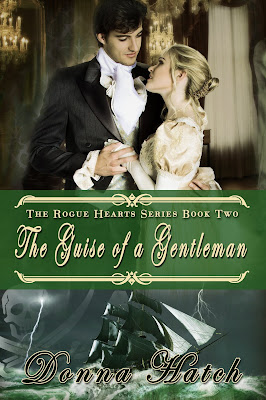 The widowed Elise is a perfect English lady living within the confines of society for the sake of her impressionable young son. Her quiet world is shattered when she meets the impulsive and scandalous Jared Amesbury. His roguish charm awakens her yearning for adventure. But his irrepressible grin and sea-green eyes hide a secret.

A gentleman by day, a pirate by night, Jared must complete one last assignment from the Secret Service before he can be truly free. Elise gives him hope that he, too, can find love and belonging. His hopes are crushed when his best laid plans go awry and Elise is dragged into his world of violence and deceit. She may not survive the revelation of Jared’s past…or still love him when the truth is revealed.

The Guise of a Gentleman is a wholesome Regency Romance, a.k.a. “clean” that explores finding one’s true self, loyalty, honor, and trusting loved ones. With plenty of swashbuckling action, it provides a several good twists that play off of familiar situations and proudly proclaims the redemptive power of love.

His lazy laughter rang out, filling her with slow warmth.
She barely controlled the impulse to smile. Instead, she raised her chin while trying to look appropriately irritated. “You laugh at me, sir?”
“You are a sheer delight.” He enclosed one of her hands between both of his. Though terribly, terribly improper, the sweet possessiveness of his gesture sent giddy little thrills through her. “Do you know that in many countries, once a person has saved the life of another, that person must remain with his savior until the debt is repaid? If we were to honor that, then I must be with you, watching over you, every minute of every day.”
She considered remaining in this man’s presence every moment of every day. Definitely not. Her good sense would never survive it.
She disentangled her hand and said primly, “Fortunately, we do not have such an inconvenient custom in England.” 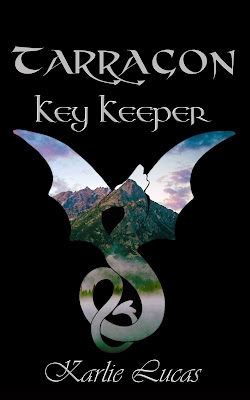