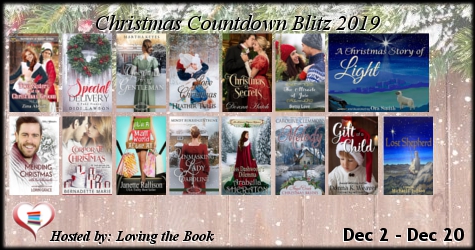 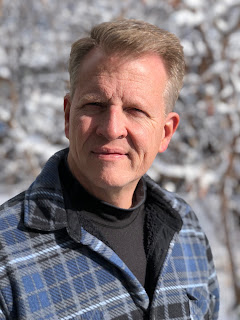 “Who were THOSE shepherds, and why were they so favored?” That one question stirred the imagination of author Michael I. Judson and led to the creation of Lost Shepherd, the fictional backstory of the first witnesses to the birth of the precious Babe of Bethlehem. After you read Lost Shepherd, watch for his answers to other compelling questions (his next books!)

When he’s not writing, he has a large family to love, gardens to grow, fun places to see, ancestors to discover, and even chickens to raise! He also has a full-time job that occupies the bulk of his waking hours. Though still a few years off, retirement beckons with aspirations of writing (with all the fun imagining and discovery that goes with it) becoming his full-time pursuit. 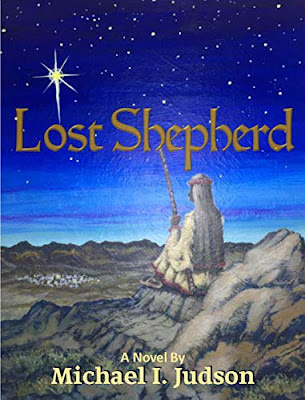 Just who were the shepherds that were singled out from among earth’s inhabitants to hear the angelic announcement of Christ’s birth? What made them so special, or what uniquely qualified them to be His first witnesses? The Bible tells us very little about them. Now there is an answer!
Eleazar grows up awash in a culture of shepherding, but not among ordinary sheep. No, the flocks he and his companions tend are destined for sacrifice on the altar of the great temple at Jerusalem. Like his fathers before him, his life’s work fuels the faith of a nation that tirelessly awaits the signs of their long-foretold Messiah. But unforeseen circumstances lead Eleazar away from his purposeful existence and onto a path of doubt and life-altering decisions that threaten to destroy both his faith and his future. Only the miraculous power of the Christ Child can reclaim him and restore to him to a life of hope and peace—and to an understanding of his importance as a shepherd in Israel.
Lost Shepherd is a tale of real hope and redemption, of faith lost and reclaimed. Let the story transport you back in time as you discover anew the timeless healing power found only in the Savior Jesus Christ.

Q&A With the Author:


1.What inspired this Christmas/Winter book?
The idea for Lost Shepherd has been kicking around inside my head for more than 20 years. I love the Biblical Christmas story just the way it’s told, but those who are familiar with what’s written there know it is rather short on detail. I wanted to know more so I started reading it more carefully, in order to squeeze every bit of meaning from it that I could. As I did so, questions began to form in my mind: “Why shepherds? and why THOSE shepherds?,” “Why a manger for His bed?,” “Why an obscure village in Palestine?,” “Why angels?,” etc. Of course, most of those questions don’t get answered very well in the scriptures, so I started searching other sources and started piecing together the snippets of information I found. What I discovered is a beautiful, rich symbolism underlying the Christmas story that I wanted to share. I felt the best way to do that was to weave it all together into a fictional narrative that included characters mentioned in the Bible, and a few who are not. While the story I have written is fiction, I like to think that it may really have happened just the way I wrote it.

2.Do you have other Holiday books? If so, what are they are for which Holidays? If not, what other books do you write?
I’m afraid I have no other books, holiday-themed or not. However, I do have in mind a sequel to Lost Shepherd that hopefully will not take nearly as long to write as my first book.

3.What is your largest unfulfilled dream, and what are you doing to reach it?
Publishing a book has been on my list for a long time. I’m glad to finally achieve that goal and hope to write many more in the coming years. One unfulfilled dream is to actually visit the places I have written about, namely Jerusalem and the regions thereabouts.

4.Tell us about things you enjoy — what you do for fun or personal satisfaction besides writing?
Gardening, and specifically, growing food, has been a passion of mine for my whole adult life. I am especially fond of growing and eating melons (watermelon, Crenshaw, cantaloupe, honeydew). I hope one day to own a large parcel of land where I can go nuts with my gardening obsession.

5.Are your characters/stories/scenes, etc. based on anything in real life?
Of course, Lost Shepherd is based on the true Christmas story, and several of the characters are mentioned in the Biblical account, but most of my characters are fictional. I did mix a bit of genealogy into the book. One of the characters I gave attributes and experiences similar to those of one of my great-grandfathers.

6.Tell us one Christmas or Winter tradition that you love to do every year, and why it is so special to you.
When I was two years old, my parents, for Easter, gave me a small little cloth doll. Apparently when I opened the plastic egg it was inside, I exclaimed, “Baby Jesus!” I don’t think that’s exactly who the doll was supposed to be depicting but the name and the association stuck. Since that time “Baby Jesus” has had a place of honor on my family Christmas tree. He is now my oldest (and one of my most cherished) possessions.