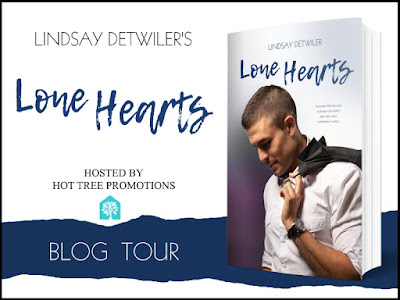 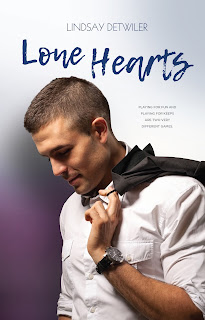 Two can play… but can two win when it comes to love?

A lawyer by day and a player by night, Cash Creed’s life in Texas is about one thing—living it up. When a tragedy in the family summons Cash to Ocean City for the summer, he’s excited about the possibility for hot new conquests and a no-rules kind of fun.

Sage Everling, a self-made successful entrepreneur, is strong, sassy, and okay with loving them and leaving them. Too busy for serious love, her focus is on success… but that doesn’t mean she can’t have some fun from time to time.

Two players spend the summer in a town focused on freedom and passion. When Sage and Cash’s paths cross, however, they both meet their match. As the summer progresses and their feelings intensify, both learn that playing for fun and playing for keeps are two very different games.

Who will be conquered?

“Friends?” he asks, extending a hand. “Or is that against the rules, too?”
“I don’t know. I don’t have a rule for that. I usually don’t see my lays more than once,” I admit, smiling.
“Sage Everling, you’ve got a heart of steel. Has anyone ever broken through it?” he asks me.
I stare at him defiantly. “Never,” I confess.
“Well, I’m not one to give up, you know?”
I open my mouth in protest but before I can say anything, he’s pinning me up against the door on my car, his mouth pressed against mine. I want to stop him, my head telling me this isn’t a good idea. But as his hand moves through my hair in just perfect way, as he takes ownership of me with his lips, I ease into it.
He’s a little bit aggressive and a whole lot of confident.
He’s the alpha to my alpha, and it’s just the way I like it.
It’s a power struggle with this one, both of us trying to take the reins.
Somehow, though, the tug-of-war works. I like it, I admit to myself.
I like him.
Just when I find my hands wandering to his hips, thinking about how good it would feel to let him take me in the backseat, he pulls away.
“See you later,” he says, calmly strolling away, leaving me breathless against my car, wondering what the hell just happened. He shoots me a smile and a wink before climbing into his car and driving away.
I open the car door and slump into the seat, resting my head on the steering wheel.
Damn, that man’s good.
For a moment, I almost thought maybe I was going to break my rules. I shake my head, wondering what game Cash Creed is up to and how I’m going to beat him at it. 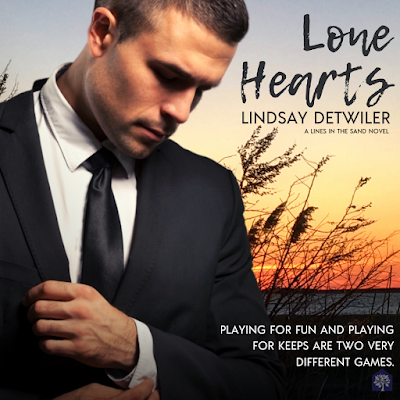 A high school English teacher, an author, and a fan of anything pink and/or glittery, Lindsay’s the English teacher cliché; she loves cats, reading, Shakespeare, and Poe.

She currently lives in her hometown with her husband, Chad (her junior high sweetheart); their cats, Arya, Amelia, Alice, and Bob; and their Mastiff, Henry.

Lindsay’s goal with her writing is to show the power of love and the beauty of life while also instilling a true sense of realism in her work. Some reviewers have noted that her books are not the “typical romance.” With her novels coming from a place of honesty, Lindsay examines the difficult questions, looks at the tough emotions, and paints the pictures that are sometimes difficult to look at. She wants her fiction to resonate with readers as realistic, poetic, and powerful. Lindsay wants women readers to be able to say, “I see myself in that novel.” She wants to speak to the modern woman’s experience while also bringing a twist of something new and exciting. Her aim is for readers to say, “That could happen,” or “I feel like the characters are real.” That’s how she knows she’s done her job.

Lindsay’s hope is that by becoming a published author, she can inspire some of her students and other aspiring writers to pursue their own passions. She wants them to see that any dream can be attained and publishing a novel isn’t out of the realm of possibility.