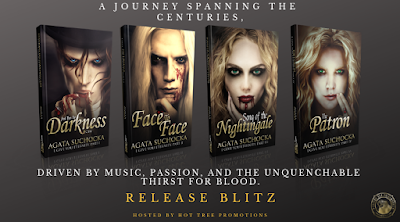 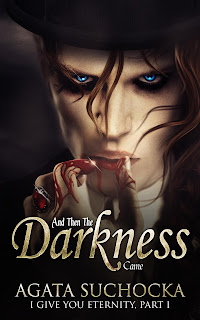 Armagnac Jardineux, the son of a Louisiana planter family, travels to Europe to study and sample all the pleasures that the Old World has to offer. The Civil War begins back home, separating him from his family and their money. Soon, both are gone. Left alone in London, he drowns his despair in alcohol. The only thing he can do well enough to make a living is play the piano. That is when he meets a young violinist named Lothar Mintze, and his patron, Lord Huntington. The young musicians find themselves dragged straight from the gutter into the tea parties of London’s high society, where they soon begin to appreciate the crowds of admirers, and all the corporeal pleasures that London has to offer.
Still, Armagnac finds himself unable to truly enjoy their new-found fame, when he discovers a mystery of the past which binds his grandmother, Blanche Avoy, to Lord Huntington. Could it be possible that the man she describes in her diary is the same man who has become such a blessing and a curse to her grandson, decades later? What mystery bound their families together so long ago? Will Armagnac be able to free himself from Huntington and his friends once he discovers the truth of their secret? 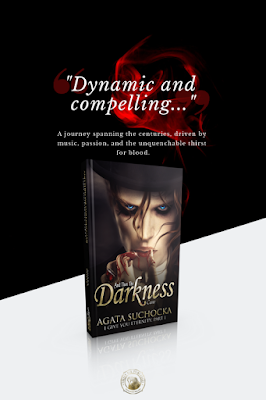 The room was dimly lit with a few scattered candles, and I could make out the outline of an immense four-poster canopy bed. The curtains were thrown back and I saw two naked bodies among the sheets. I stepped back instantly and leaned against the door, which was now shut behind me, but my feet moved forward when I recognized the lovers. The woman on all fours was Maggie MacLowley; I could distinguish her ecstasy-deformed face. The man who was pulling her head backwards by the disheveled tresses had long white hair.
Lothar saw me and stopped, breathing heavily. He pushed his victim to the bed, and she turned on her back. Her head slipped down the side of the mattress. I looked at her upside-down face as she smiled and reached for me.
“Armagnac…” she whispered with a coarse, low voice. “Shall you join us?” 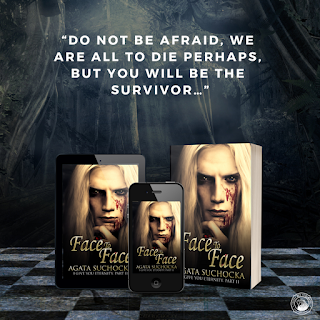 Book 2: https://www.books2read.com/igye2
Abandoned by his mentor and mourning the loss of his beloved, Lothar Mintze is left alone in the world, miserable, and angry. No longer as young and naive as he once was, the virtuoso violinist, connoisseur of the human condition, heads off on a quest for answers. Where has Huntington gone? Why did Armagnac abandon him? And most importantly, how did he not see the tragedy coming?
Answers continue to elude him in Europe, so eventually he finds himself travelling to America, following a trail of clues that he hopes might bring him closer to the truth. What he finds is not what he expected: a young jazzman named Thomas, who is devastatingly familiar.
​Who is this young mortal, and how does he fit into the puzzle? 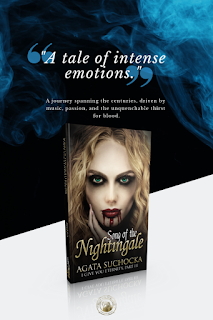 Book 3: https://www.books2read.com/igye3
This is a tale of intense emotions, from the sizzling alleys of 18th century Naples to the dark streets of war-era Vienna, where the cannonades of clashing armies mingle with the most beautiful baroque arias. This is the trip through the ages, in search of answers that can only be found hidden in the darkness.
Arapaggio, loner, predator, and artist with a taste for nocturnal landscapes, decides to end his tragic existence after the love of his life vanishes without a trace. He is rescued by an unexpected heroine: a beautiful harlot named Josephine, who is hunting Nazi officers in war–torn Vienna. To show his gratitude, Arapaggio gives her the gift of eternal darkness, and tries to make her the Empress of the Night.
Will the wild–tempered courtesan win the battle for his heart against the ghost of his long–lost love? Will she learn the identity of the angel who gazes down upon them from all his old portraits, someone who left the painter with a wound that even time cannot heal? 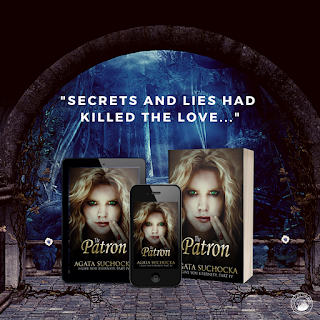 Book 4: https://www.books2read.com/igye4
As Lothar falls deeper into bitterness and depression, Thomas can’t help but be curious. He knows that something from Lothar’s past is the reason for his lethargy, something related to the men he’d only heard of in passing. Something to do with the name, “Huntington.” He becomes more and more obsessed with that name, and the stranger it belongs to.
After the stormy and sensuous start of their relationship, Lothar Mintze and Thomas Greenbourgh have finally found peace together, in England. Their relationship has settled into a comfortable routine, and life is mostly peaceful, enjoyable, and filled with the music that they both love so much. Mostly, but not entirely. All is not as perfect as it seems.
Lothar decides that the only way to sate his lover’s curiosity, and hopefully restore peace, is with the truth. The two of them launch off on a trip around the world, to finally introduce Thomas to the other members of his blood family.
Along the way, Lothar finally reveals the truth about his past. The whole truth. Will Thomas still be able to stay at his lover’s side once he knows everything that the violinist has kept hidden from him, or will those dark secrets tear their budding romance apart? 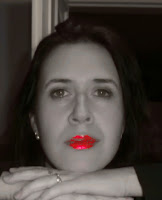 Website: www.ckprintworks.com/agatasuchocka
Facebook: www.facebook.com/ckprintworks/
Twitter: https://twitter.com/CkPrintworks
Amazon: www.amazon.com/author/agatasuchocka
Newsletter sign up: https://www.ckprintworks.com/subscribe
Agata Suchocka: singer, songwriter, composer, painter, poet, translator, and author. Born in Wrocław, Suchocka has been writing for more than twenty years, and the crowning achievement of her career is the I Give You Eternity series – a spicy, fantastical story of forbidden lust and sinful desires inspired by the works of Anne Rice.
Agata Suchocka weaves tales of characters who are far from ordinary, who are alert and alive, with enquiring minds and razor-sharp wit. She chooses to write about the misfits of society, the dregs who have trouble finding their own place, and isn’t afraid to broach uncomfortable, even controversial, subjects in her writing.
Her debut novel, Woła mnie ciemność (Daję Ci wieczność 1) was first published in 2015, and is now available in English for the very first time as And Then The Darkness Came (I Give You Eternity, Part I).