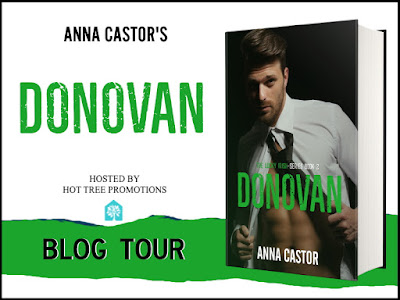 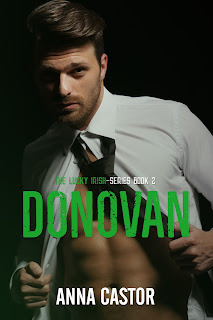 Donovan:
Forget about the cold and distant bastard who did anything (and whoever for that matter), as he pleases. She consumed him. His thoughts, dreams, works of art and every fibre down to his soul. He was battling this raging war between his conscience and heart as his obsession was the exact thing that was holding him back from her.

Kate:
She’s trying hard to avoid his stormy gray eyes watching her every move. He makes her uncomfortable as he stares from across the room with his scowling face. Unfortunately, getting over the biggest crush of her life is easier said than done. ⠀⠀⠀⠀⠀⠀⠀⠀⠀⠀⠀⠀ ⠀⠀⠀⠀⠀⠀⠀⠀⠀⠀⠀⠀⠀

Donovan is the second book in the funny, sweet and steamy Lucky Irish series about the love lives of several Irish families in Austin, Texas. Each book is a new sexy romance but lets us also catch up with favorite characters from the series.

No cheating, no cliffhangers and definitely a HEA.

“I’m sick, and I don’t want to give you the same bug.”
“Open the door,” he demanded.
She exhaled again, which came out as a big sigh.
“Don’t you sigh at me.”
Behind the safety of the closed doors, Kate rolled her eyes. She grinned at her own cowardice before opening the door.
“Why are you smiling? I don’t find it funny you would’ve left me standing here if I hadn’t heard you. I should bend you over my knee for that.” Wearing a stern expression, he raised an eyebrow at her.
Kate wanted to act indifferent to his remark, but she could feel her skin already heating up at the thought of being put over his knee. God, was it warm in here? Oh no…. She remembered her cupcake onesie and furry flamingo slippers. Her cheeks reddened even more, and she wondered if it was possible to die from embarrassment.
“Nice flamingos, cupcake,” Donovan said with a smirk.
She looked at the offending flamingos and instantly hated the sight of them. She was supposed to be a twenty-seven-year-old seductress, a self-assured woman who Donovan would want above all others—at least she was in her dreams. Never had she imagined he’d see her in an ice-cream-stained cupcake onesie and these stupid slippers. 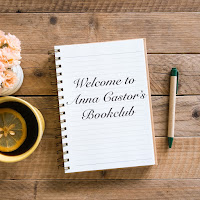 Anna Castor lives in a small town near Amsterdam, The Netherlands, with her husband and their three young daughters. When she’s not writing and has some time left between bringing her kids to school and picking them up from play dates or volleyball practice, she’s glued to her e-reader. Reading and writing sweep her away into other people’s lives.

As a former wedding photographer, she found the best part of the job, next to creating beautiful pictures for the happy couple, was getting to hear their love story. Every wedding had a different story to tell: the histories of the bride and groom, their family dynamics, their challenges in life, and of course, how they met and fell in love. Anna loved being a small part of their lives during the wedding and telling their stories with her pictures.

And now Anna takes her readers with her into the lives of her characters, the troubles and hardships they may come across on the journey to a happily ever after.