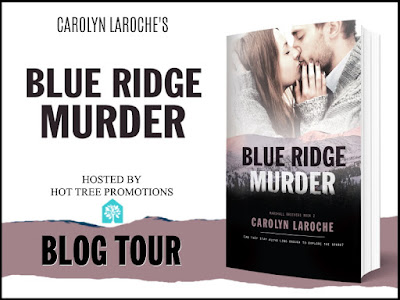 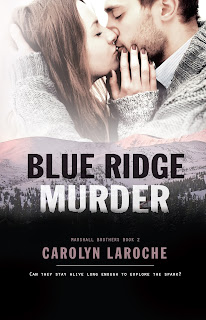 A steadfast believer in “never again,” the only relationship parole officer Alayna Baron wants is with her job. When her roommate surprises her with a long weekend in the mountains, she reluctantly agrees—completely unaware it’s a singles matchmaking event.

Widowed at a young age, Detective Evan Marshall thought he’d had his one chance at love. When his brothers send him away for the weekend, the thought of romance never crosses his mind. At least, not until he finds the intriguing Alayna stranded on the side of the road.

When an intense snowstorm closes the roads and bodies start piling up at the inn where they are staying, Evan and Alayna join forces in an attempt to keep the other guests safe. But even with a murderer hidden amongst them, Evan and Alayna find a spark neither are looking for. If only they can stay alive long enough to explore it.

He chuckled. “Winter Singles’ Weekend Getaway?”
Madeline hadn’t mentioned anything about it being a singles’ getaway. If this were true, her best friend would be hearing from her as soon as she had service again. What a waste of a trip—and a perfectly good vehicle. She had no intention of dating ever again, and her roommate knew that. He didn’t need to know she’d been duped though.
Narrowing her eyes at his teasing tone, she crossed her arms over her chest. “Yeah. You got a problem with that?”
He held his hands up in mock surrender. “Not at all. My brothers signed me up for the same adventure as a gift. They think I’m depressed and it would cheer me up.”
“Depressed? That’s an interesting reason to send you on a dating retreat.” She shook her head, really beginning to consider the serial killer possibility.
“They’re wrong.” He winked.
Alayna shrugged. “My best friend thinks I need to spend more time with people my own age.”
He gave her an odd look but didn’t push the subject. “I can give you a ride the rest of the way. We can leave your car here for the tow truck. Then you won’t freeze to death waiting. In weather like this, it could take a while for them to get up here.”
Alayna looked from him to the car and back again. The temperature seemed to drop by the minute, and the snow fell faster and harder with each lost degree. She could realistically freeze to death by morning if she stayed. If she went, she could become the next missing person in the state of Virginia. Or she could be warm, dry, and fed within the hour. Her stomach growled, chiming in its vote for a meal. 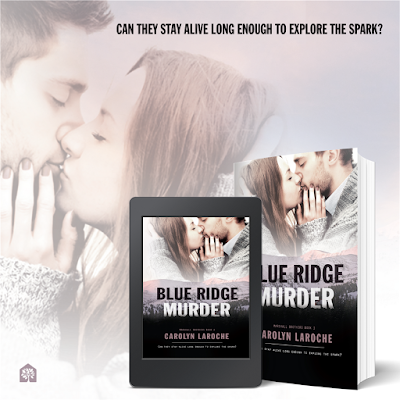 Murder on the Mountain
book 1
ON SALE FOR 99c!